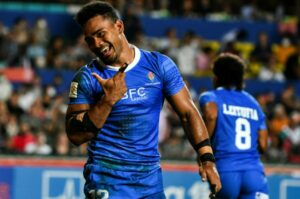 Samoa dominated the “pool of death” at the Hong Kong Rugby Sevens on Saturday, beating Australia and the hosts to barrel their way into the next round. The Pacific islanders saw off the reigning World Sevens Series champions in a 22-17 thriller, thanks in part to two tries from Vaa Apelu Maliko, a day after […]