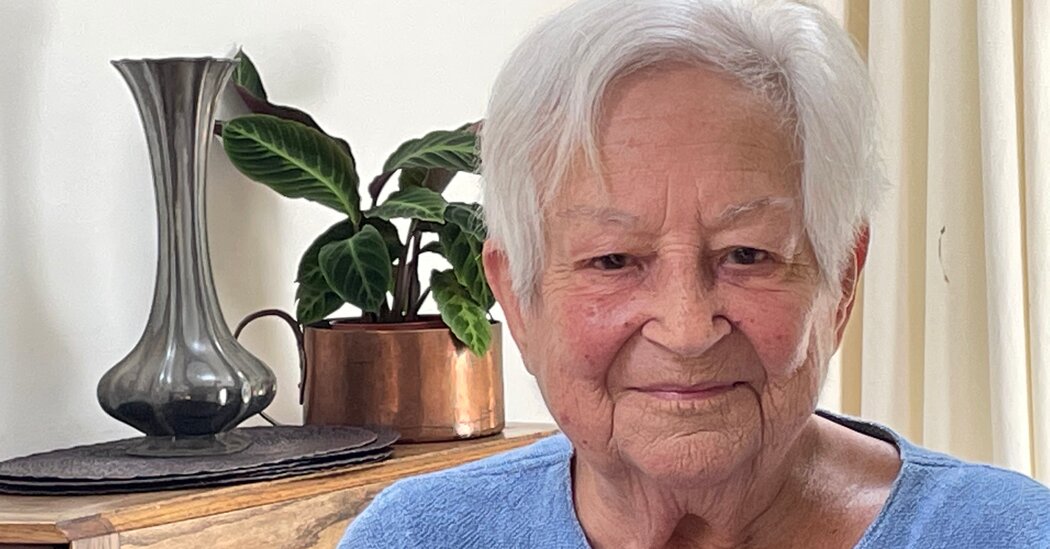 Marcia Freedman, who was the first American-born woman to serve in the Israeli Parliament, known as the Knesset, and who helped lead the feminist movement in Israel in the 1970s, died on Sept. 21 at her home in South Berkeley, Calif. She was 83.

She had been diagnosed with renal and heart disease, her daughter, Jennifer Freedman, said in confirming the death.

Ms. Freedman, who was born in New Jersey, had been pursuing her doctorate in philosophy at Stanford when, in 1967, she received an offer to spend a year in Israel teaching at Haifa University. She became part of Israel’s nascent feminist movement and ended up staying 14 years, although she returned often after that for extended periods.

As an active feminist, Ms. Freedman caught the attention of Shulamit Aloni, a left-wing champion of civil liberties, and her Ratz party, known as the Civil Rights Movement. Ms. Aloni asked Ms. Freedman to join her party’s slate, and in 1973 the party won three seats, one of which went to Ms. Freedman.

She served through 1977. In addition to being the first American-born woman in the Knesset, she was the first and only open lesbian ever to have served there, according to The Times of Israel.

Ms. Freedman made her name by raising issues that had been emerging among feminists in the United States but that were rarely discussed publicly in Israel, among them domestic violence, breast cancer, rape, incest and teenage prostitution.

As a radical gay feminist in a historically patriarchal country, she was under constant criticism and was often dismissed by her colleagues. Some suggested that there was no such thing as domestic violence, although plenty of women showed up at the shelter for battered women that she helped open in Haifa in 1977 — the first in Israel.

After she introduced legislation to overhaul Israel’s restrictive abortion law, a gynecologist threw a pitcher of water at her, including the pitcher itself, during a doctors’ convention in Tel Aviv. In leading a protest against the doctors, she said they opposed the liberalization of abortion laws and at the same time profited from performing illegal abortions.

The attacks against her escalated as she became an outspoken proponent of Palestinian autonomy. She was an early champion of the two-state solution to the Israeli-Palestinian conflict.

“She was this little woman” — no more than 4 feet, 8 inches tall — “and she would stand up in the Knesset and say this stuff, and they just ripped her apart,” Terry Greenblatt, a longtime friend from Israel, said in a phone interview. “They called her crazy and a pervert, and they said she was a traitor against the Jewish people.”

But, Ms. Greenblatt said, “there are now two generations of Israelis who look up to her, who consider her a pioneer and know how courageous she was in her time.”

Marcia Judith Prince was born on May 17, 1938, in Newark and grew up in West Orange, N.J. Her mother, Anne (Silver) Prince, was a homemaker. Her father, Phillip, was a union organizer.

Describing her leftist upbringing for her 50th class reunion at Bennington College in Vermont, Ms. Freedman called herself “a pink diaper baby of the lower middle class in Newark.” She added: “My father was a fellow-traveling labor leader during the 1930s and ’40s, a self-taught immigrant. From him I learned not only values and political acumen, but also the value of questioning received wisdom.”

She accompanied her father on some of his union organizing assignments.

“She learned as a child that the work for social justice is one leaflet at a time, one meeting at a time, and that it’s on that micro level where things happen,” Nan Gefen, another longtime friend, said in a phone interview. “She learned from her father that this is who you are and what you do in this world.”

Ms. Freedman had started college at Rutgers University before transferring to Bennington, where she majored in English and graduated in 1960. She later earned a master’s degree in philosophy from Brooklyn College.

She and Bill Freedman, whom she knew in high school, were married in 1961. In addition to their daughter, Ms. Freedman is survived by a granddaughter and a brother, Carl Prince.

Her memoir, “Exile in the Promised Land” (1990), recounts her experiences in Israel, both the political and the personal, including the end of her marriage to Mr. Freedman in 1975.

Starting in the early 1980s, Ms. Freedman divided her time between Israel and the San Francisco Bay Area.

In the United States, she was the founding president of Brit Tzedek v’Shalom, also known as the Jewish Alliance for Justice and Peace, established in 2002. It organized American Jews on behalf of a two-state negotiated Israeli-Palestinian peace and in 2010 merged with the advocacy group J Street, which has carried on that mission.

As she had in Israel, Ms. Freedman devoted much of her time in the Bay Area to organizing groups to fight for peace, gay rights and women’s rights. In her later years she sought to improve the lives of women as they aged. She was an early member of Ashby Village, a nonprofit organization that helps support older people who want to stay in their own homes and neighborhoods — a goal with which she could sympathize.

As she wrote at age 72 in her notes for her Bennington reunion, “I have become something of a gym rat in order to be strong enough to withstand as best I can the rigors of aging.”