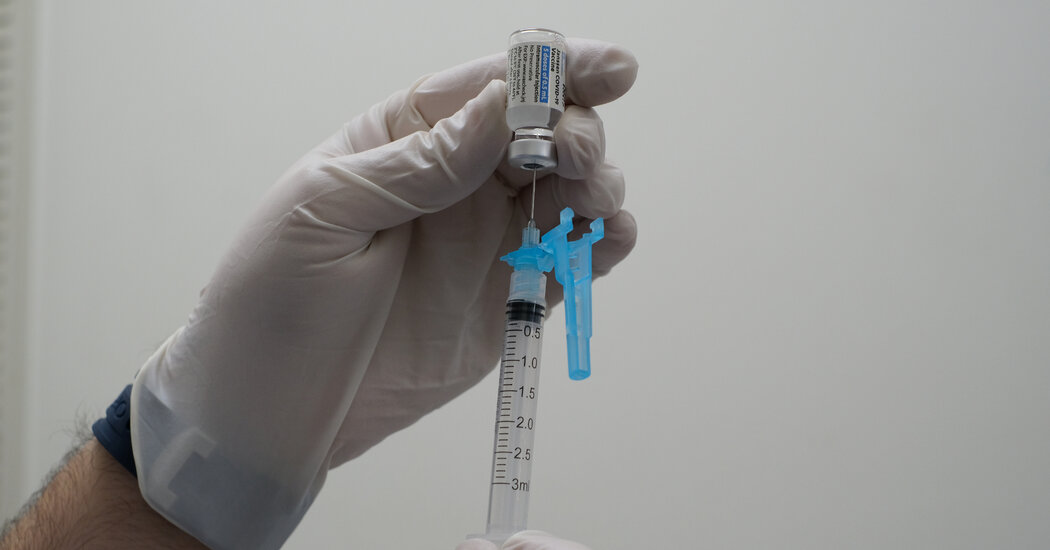 Johnson & Johnson on Tuesday morning asked federal regulators to authorize a booster shot for adults, becoming the third coronavirus vaccine manufacturer to do so.

The company said that a second shot of its vaccine about two months after the first significantly boosts protection, to 94 percent, against moderate to severe disease. Other coronavirus vaccines have been given in two doses, but Johnson & Johnson’s is a single dose.

The Food and Drug Administration last month authorized boosters for many recipients of Pfizer-BioNTech’s vaccine, and Moderna is seeking authorization for boosters of its inoculation. Regulators could decide on both Moderna’s and Johnson & Johnson’s applications as early as this month.

Senior federal health officials have been privately convinced for some time about the need to offer a booster shot to recipients of Johnson & Johnson’s vaccine.

A recent study by the Centers for Disease Control and Prevention found that Johnson & Johnson’s single-dose vaccine was 71 percent effective against hospitalization from Covid-19, compared with 88 percent for Pfizer-BioNTech’s and 93 percent for Moderna’s two-dose vaccines. Other research found that Johnson & Johnson recipients were more likely to suffer breakthrough infections or symptomatic Covid-19 than recipients of the other two vaccines.

Nearly 15 million Americans have been inoculated with Johnson & Johnson’s vaccine, compared with 102 million fully vaccinated with the Pfizer-BioNTech vaccine and nearly 69 million with Moderna’s.

Some research from the National Institutes of Health also indicates that Moderna’s vaccine may work even better as a booster for Johnson & Johnson’s shot.

“We look forward to our discussions with the F.D.A. and other health authorities to support their decisions regarding boosters,” said Dr. Mathai Mammen, a key research and development leader within Johnson & Johnson. “At the same time, we continue to recognize that a single-shot Covid-19 vaccine that provides strong and long-lasting protection remains a crucial component to vaccinating the global population.”

The State of Vaccine Mandates in the U.S.

The F.D.A. and the Centers for Disease Control have been grappling with whether to shore up vaccine effectiveness with booster shots for weeks. After fraught debates with experts on outside advisory panels, the agencies decided late last month to offer a booster shot to a broad swath of adult recipients of the Pfizer-BioNTech vaccine.

The eligible include those 65 and older and those who live in long-term care facilities, who have underlying medical conditions or who are at higher risk of exposure to the virus because of their jobs or institutional settings.

Federal officials are expected to push this month for the same eligibility categories — if not broader — for booster shots of the other two vaccines. The F.D.A.’s advisory panel is scheduled to take up the issue of a third shot of Moderna’s vaccine on Oct. 14, one day before it is to consider Johnson & Johnson’s request.

On Monday, federal regulators for the European Union went farther than U.S. regulators, authorizing booster shots for all Pfizer-BioNTech recipients 18 or older.